Last week a challenge called Language Jam was happening online. I had heard about it on its past edition, on February, but at the time I couldn’t fit it in my schedule. This time the stars aligned and I decided to join in.

It’s very similar to a Game Jam, where you are given a restricted period of time to work on a game project, usually around a theme. In the Language Jam, you are assigned a random language that you will study as you see fit during the three day period of the challenge. The idea is to see what you can achieve in such a short period with a new language, explore a language that otherwise wouldn’t be your priority and have a lot of fun!

This edition featured indigenous languages. At first I was a bit disappointed that neither Xhosa nor Quechua made it to the list, but I was mostly really excited and hoping I would be assigned to either Guarani or Yoruba. In the end, my assigned random language was Scottish Gaelic, with the option to switch to Latvian if I wasn’t happy with the first option. I picked Scottish Gaelic as I was more curious about exploring a Celtic language. On the top of that I really loved the random nickname assigned to my account, NotePiranha, I’ll keep this inside joke with the other Portuguese speakers ;)

⚠️ Before you head to the next section, hit play on this YouTube playlist and have it in the background! ⚠️

I didn’t have grand goals for three days. I still wanted to meet some friends for boardgames and had a long overdue house cleaning because I was away for a such a long time the weeks before. All I wanted was to learn a few things about the language itself and a few sentences.

Scottish Gaelic has about 60K fluent speakers but it’s not considered an official language in the UK or Europe yet. It is however protected by EU initiatives to preserve indigenous and minority languages. There are virtually no monolingual Scottish Gaelic speakers nowadays, but some people still report it being their mother tongue and having learned English only later at school.

Having lived for almost two years in Brest, France, I had a very superficial exposure to Breton. At the time I was focused on learning French, so I learned only a few words, such as ti-kêr, fest noz and, most importantly, glaz. Besides the bilingual tramway announcements, I rarely ever heard it on the streets, but because of local folk music I had a general idea of how it sounds like. Just like many other minority languages, national policy has purposely tried to suppress it and deem it as an uncultured rural language. Fortunately, there has been a revival movement for Breton in the past decades and the language is now being taught again in schools. Just two generations back kids were being physically punished for speaking Breton instead of French at school. The consequence is a very interesting phenomenon of generation skipping, where most of Breton speakers being really old or really young.

I always thought it would be fun to actually learn it one day, so I was really happy to be assigned to a Celtic Language. According to its family-tree, Welsh would’ve been more closely related to Breton than Gaelic, but good enough I guess :)

Being very happy with my assignment, now it was time for preparations! During the prep phase we are allowed to research and organize resources, learn about some sounds and pronunciation in the target language and, if necessary, get started with the script or alphabet.

For this challenge I bought a few books:

During the course of the challenge I also used the following free online resources, most of which recommended either by the language jam’s website resource section or other people participating in the challenge:

I also found a few songs available with Scottish Gaelic Lyrics + English Translation and I made a playlist, which I linked at the beginning of this post.

This is my progress by the end of the challenge, along with a review of the resources:

I went through parts of the first 4 units, I think roughly 10% of the book. I liked going through the pronunciation guide, the mention to traditional Gaelic, where the stress in the words usually go, how the word order works. The unit on numbers and measuring time came too early in the book. I don’t want to learn how to tell the time before I learn how to say Hello and Thank you. There were no exercises at all, so it could be a bit dull as a single reference. One thing I really liked about it is that it shows really early one of the most interesting aspect of Scottish Gaelic: consonant mutation. It’s an overall very detailed book that seems like it would be an excellent pocket reference for a deeper study.

My favorite resource. I only went through the first 3 units, so roughly 8% of the course. I found the units to be very logically structured and the fact that there were audio samples was a huge plus. Grammar is introduced gently over real usable dialogues.

For example, the common first social interactions such as Hello and How are you? were taught along the difference from formal and informal versions of “you”. At the end of each unit there’s a short test. You don’t have to go through the test to advance units, but it’s pretty neat for checking your progress.

Speaking Our Language is a television series from the 90s available on YouTube and on Learn Gaelic website divided into 4 series, ranked by difficulty. I went through the first 8 episodes while cleaning the flat and doing laundry, which is roughly 40% of their series 1. The rhythm can be slow, specially if you’re like me and only half paying attention while doing something else instead of frantically taking notes, but the content is amazing. There are many scenes with useful dialogues, as well as grammar and cultural explanations. This is a series I’d definitely keep watching if I wanted to dive deeper into Gaelic.

Mango Languages is a language learning app and their Scottish Gaelic course resembles a lot an audio course. There’s a narrator in English introducing the expressions in Gaelic and, at least for the units I saw, I didn’t have to interact with the screen at all. It is very repetitive, quite slow and I thought it was a bit lacking sometimes. However, given that, the nature of the format made it perfect to listen to while running, which made it one of a kind among the other resources that I was using. I went through the first 6 lessons, roughly 6% of the course, and it was excellent for recognising and reviewing expressions I had already seen in other resources.

The last thing I did in my challenge was to read this little book. Not incredibly useful but so beautifully illustrated. 100% worth it.

The Naughty Little Book of Gaelic

Sadly I did not get to start on this book! Next time! My partner seemed really excited about visiting the Isle of Skye, which is one of the places Scottish Gaelic is still spoken today. So who knows maybe I’ll pick it up again?

What I found most interesting: Consonant mutations

Consonant mutations happen when a trigger causes a consonant change in a target. There are multiple ways this can happen, but in this first weekend I’ve only had time to go through the most common situation where this happens: the introduction of an h after the first letter of adjectives of a feminine noun. For example:

This change does not happen only on spelling, the pronunciation changes quite a lot too. In this case, the original t sounds like in English, as in table, but after the mutation it becomes a th which in Gaelic sounds like h as in house. This brings us to the most difficult aspect of Gaelic for me this weekend: the spelling-pronunciation.

What I found most difficult: Mapping spelling to pronunciation

I am fortunate enough to not have been assigned a language that uses an entirely different writing script, but this was still not easy. Well, some stuff were easy, like S usually sounding like Sh, which puts Sean Connery’s accent under a whole new perspective. But most of the pronunciation was terribly difficult.

Even though Gaelic seems pretty consistent, the variations and combinations are incredibly vast, which makes 3 days really not enough to hammer the spelling → sound mappings in my brain.

How do you think this word could possibly be pronounced: oirbh

Ready for your guess?

Play the audio of some sentences in Learn Gaelic for comparison: oirbh dictionary entry

In terms of vocabulary, by the end of the weekend I was able to say a few key sentences, numbers, introduce myself, talk about where I live and the languages I speak, ask some questions and order a pint. In terms of grammar, I learned “you” formal + you “informal”, consonant mutations, word orders and how to formulate sentences in the negative and question form. In general terms, I was able to familiarise myself with some of the sounds and just about start getting the hang of it.

Here’s a video I shot at the morning of the last day:

I’m incredibly satisfied with the results given my weekend was quite busy and I loved participating in this Language Jam. Can’t wait for the next one! 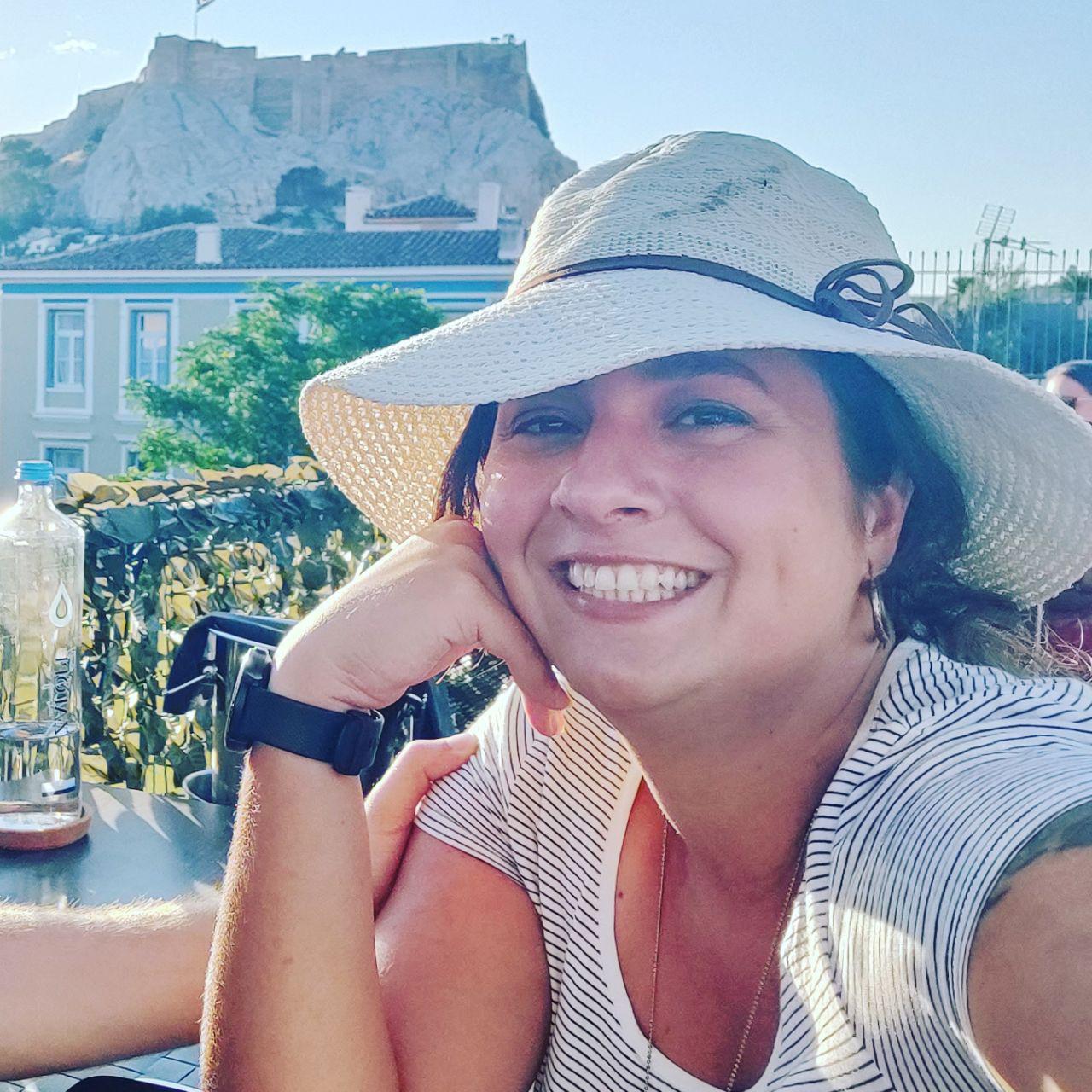